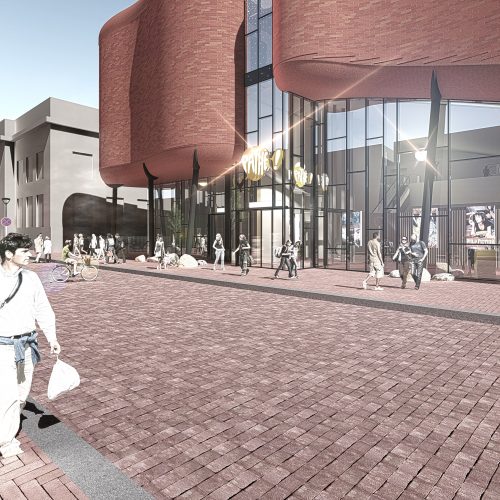 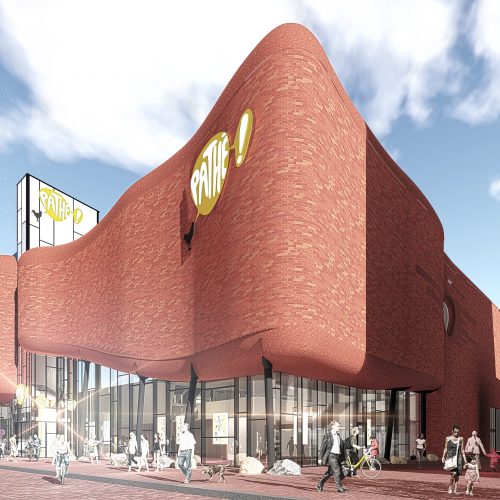 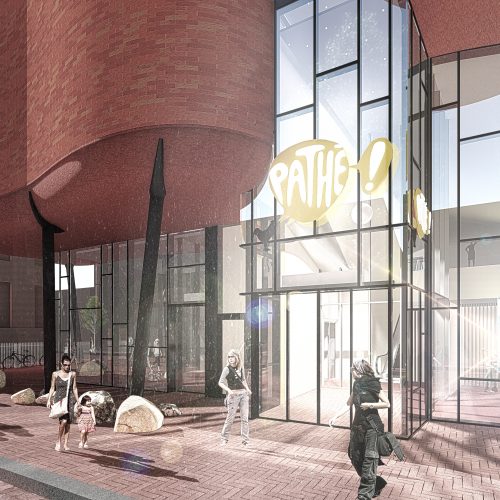 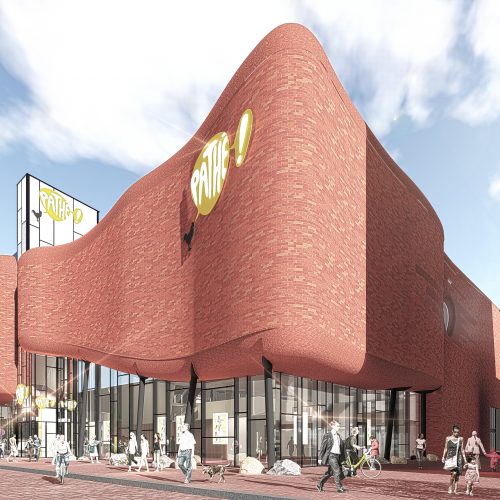 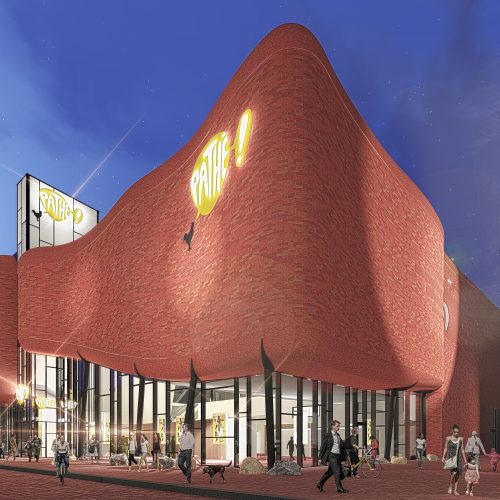 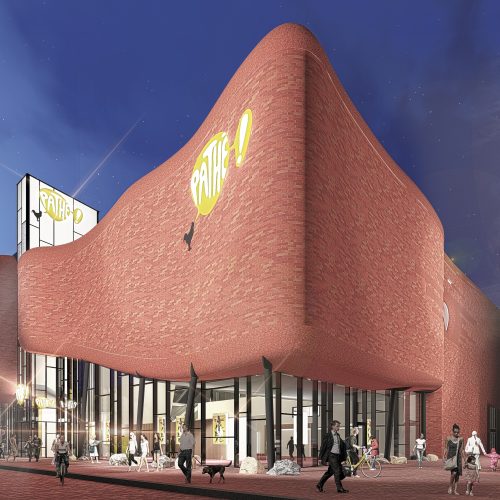 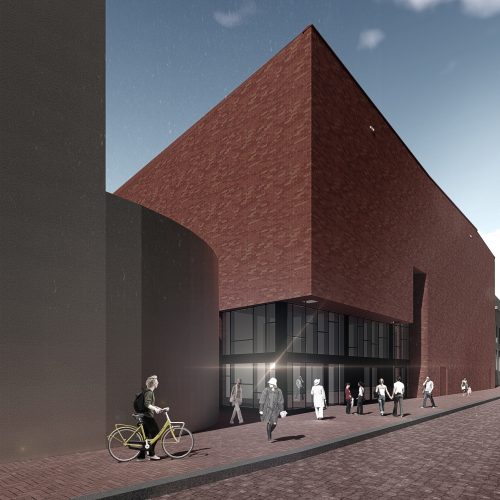 The city of Leeuwarden will be European Cultural Capital in 2018.
The Cinema will be a further strengthening of the entertainment area in the city’s centre..

The site is in between the city’s theatre and the Palace of Justice. The zone is completed by the new building of the Fries Museum. The expression of the neighbouring building being very different and solitary, the zoning plan requires a building with a strong identity.

The expression of the cinema can be seen as an introduction to the illusory film world.
It is in the illusion that architecture and film meet. The expression is a fusion of sharp and soft bodies, yet merged into one building. On the backstreet being bond to the earth, in the front it appears to be animal like bodies temporary supported by crutches Dali might have liked, baroque and surrealistic.
By tradition Leeuwarden is a city of brick. The building fits in the city’s morphology and main material, yet distinct itself by its shape and the associations it evokes.