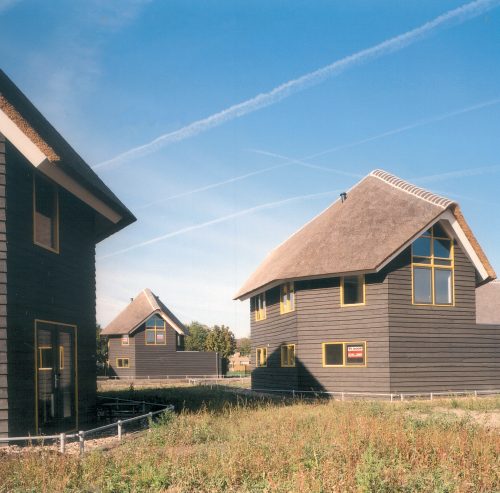 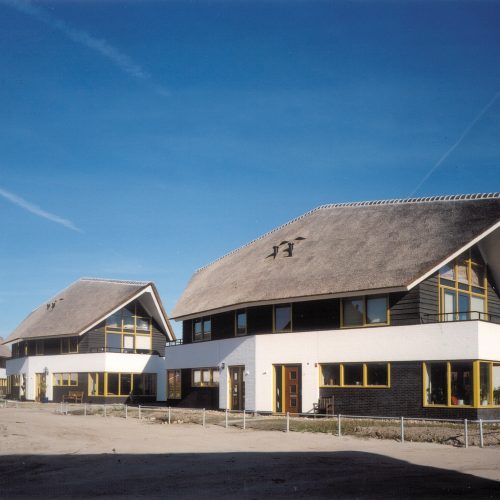 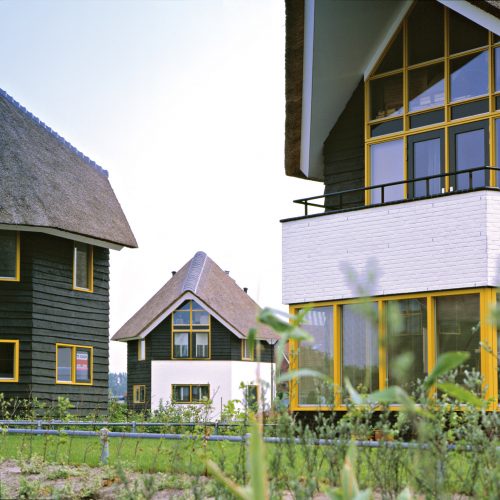 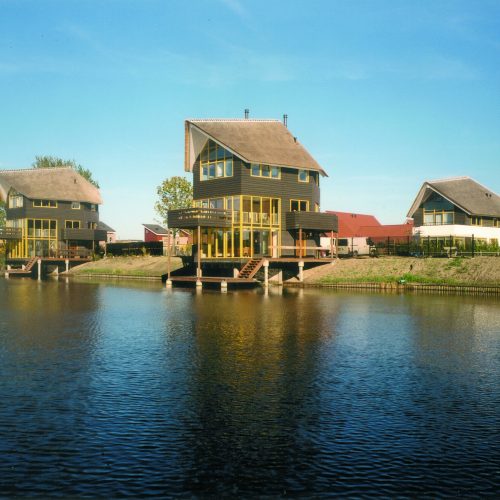 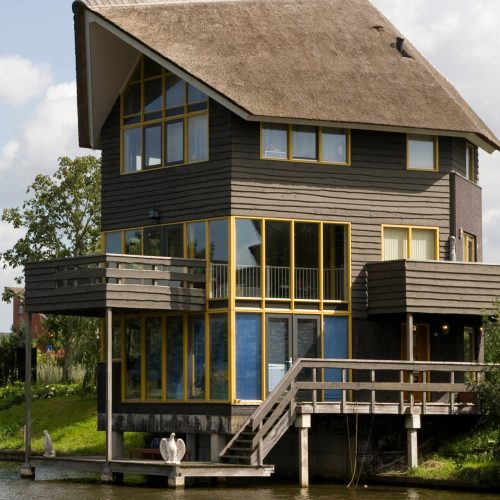 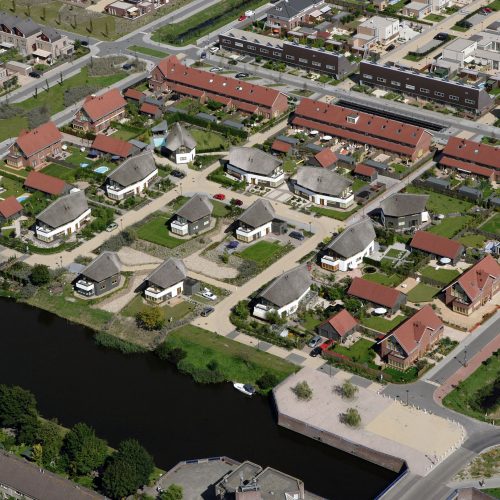 The idea is to establish an urban perimeter around the plan that dovetails with the other subsectors and traffic thoroughfares, forming an ensemble with a distinctive, more rural identity within this constellation.

The smaller terraced houses and the monumental semi-detached villas on the perimeter are realised in brick and have tiled roofs. In the inner area one also finds white and black houses – there is also a pair of the latter type overlooking the waterway – built using sandstone-coloured brick and shingle façades and topped with thatched roofs. Their appearance, with a projecting saddleback roof and a balcony around the house, is a contemporary reinterpretation of Gerrit Rietveld’s summerhouse at Breukelerveen and of the countryhouse tradition in Bergen and the Gooi. These generously proportioned properties have spacious living rooms and bedrooms and an attic studio. The garages of the semi-detached houses are situated in the back garden, so these properties also stand like autonomous objects and their gardens are optically enlarged. The majority of houses are oriented transversely and have a recessed balcony that overlooks the side garden.