The Courtyard & The Tower 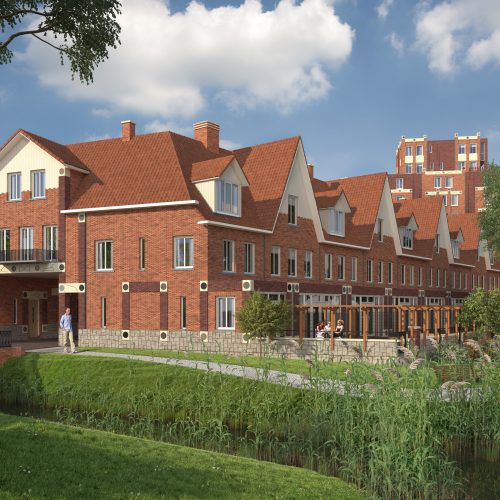 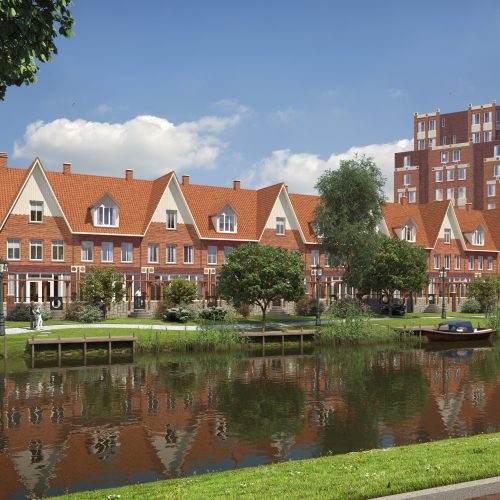 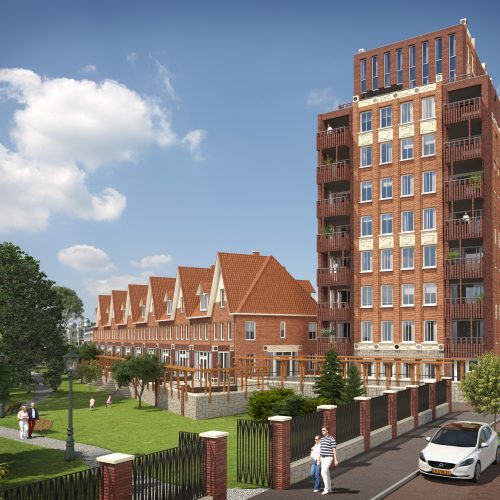 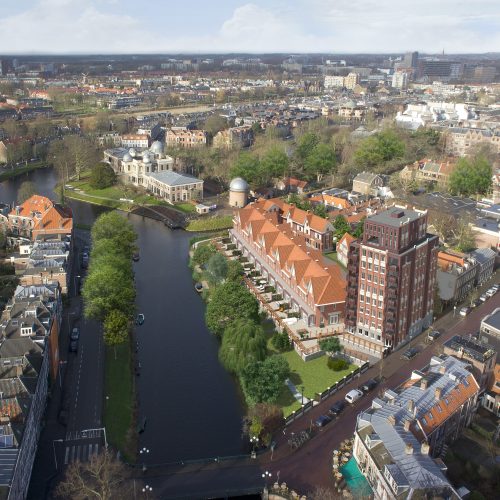 Living next to the Leiden Observatory, with a view at the oldest working university observatory in the world. Here, celestial bodies have been viewed and studied for centuries. Planets and constellations are included in the new development project at the Witte Singel, which is formed by a residential tower with fourteen apartments, three cottage dwellings and a modern courtyard with twelve town houses and a gatehouse, which forms the entrance to the observatory.

A number of typologies are interconnected to create a pleasant staging, with pronounced shapes and alternating materials such as brick and wood. The facades of the houses are richly decorated with colorful planets and constellations that refer to the genius loci. Spot-bound ornamentation. They were manufactured by Tomaello, an Italian firm that settled in Vlaardingen from Venice in 1924. The decorative elements are durable and colorfast because they are not made of pigmented concrete but with a natural stone supplement, as if it were star dust.

The complex offers a surprising but at the same time familiar view. Elements from the past are naturally incorporated in the setting. For example, the cottages that were already on the Singel are being continued in the new building and the striking tower of the complex has almost the same volume as the original building, the Kaisertoren. The original entrance door and two bricks from 1876 with the inscriptions ‘zootomic’ and ‘laboratory’ fit seamlessly into the false columns in the façade.

The ornamental concrete planets make the articulation of the tower visible. This narrative decoration strengthens the composition and underlines the character of this special project, which is characterized by two-way traffic. This contemporary architecture connects in an organic way with historical qualities. That is Fusion architecture too.