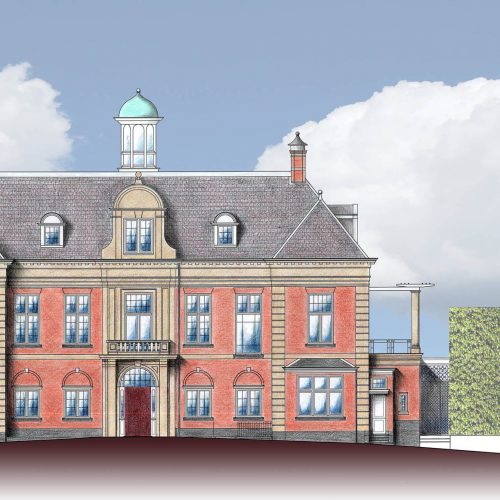 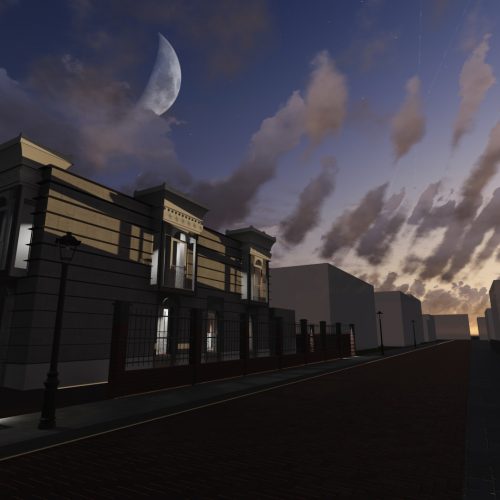 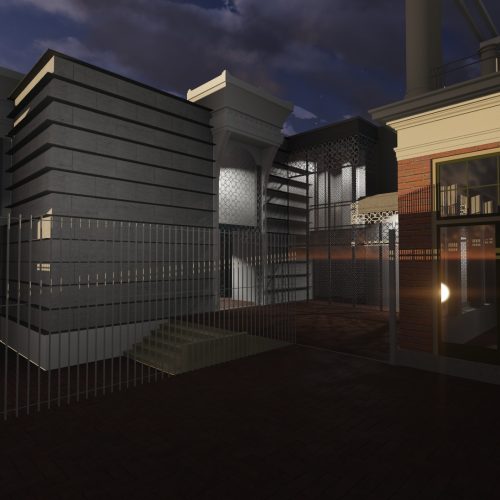 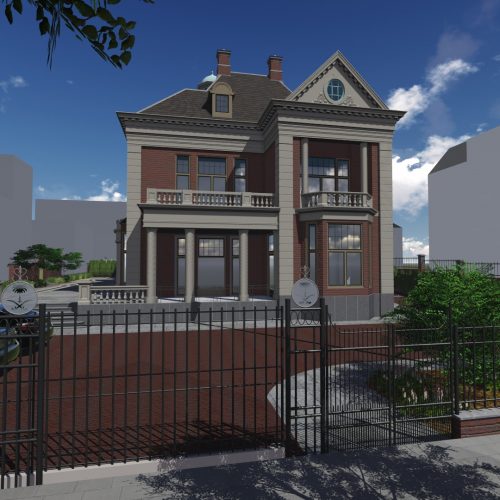 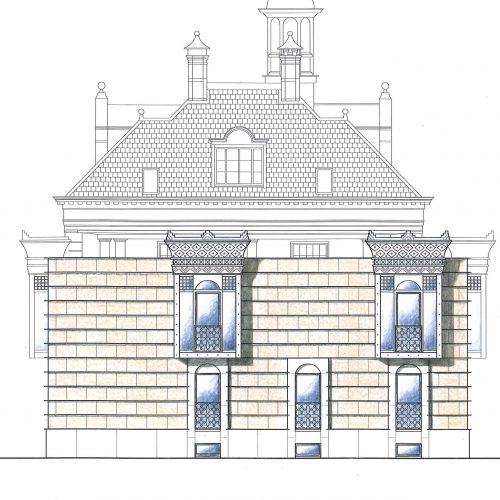 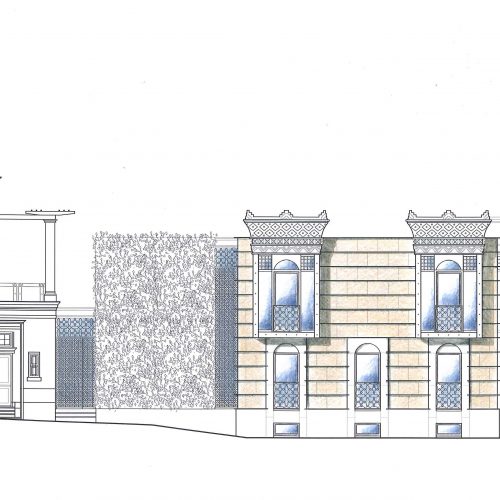 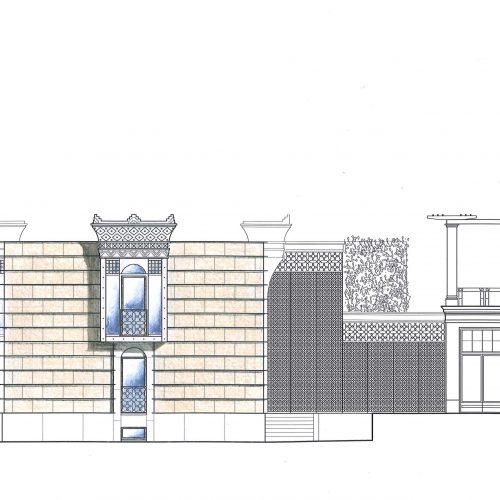 The new Embassy of the Kingdom of Saudi Arabia will be housed in a completely renovated, neoclassical villa dating from 1909-1910 in The Hague’s elegant Statenkwartier, home to many other embassies. The new Saudi consulate is being built within the same plot. The design of both buildings is characterised by a classical architecture: the Dutch classical villa will be combined with a classical Arabic architecture for the consulate.

The villa, also known as Villa De Kempenaer, was designed in the ‘Um 1800’ style by the Dutch architect J. Mutters (1858-1930), and was until recently in use as a private residence. It is now being restored to its former glory and the building will assume its new function.

The starting point for the new design for Villa De Kempenaer was to bring about a commingling of Dutch neoclassicism and interior architecture inspired by Arabia. During the villa’s transformation into an embassy, the aim is to fully restore the original character of the stately exterior. The interior is undergoing a transformation that suits the embassy’s representative function and is in harmony with the ‘Um 1800’ style. In the interior, especially on the ground floor, many original details are extant: from the decorative coffered ceilings to the stucco walls with motifs inspired by Bali and the Orient. The villa’s pilasters, balconies, columns and capitals are made of French limestone.

The new consulate is situated at the other end of the plot. The consulate, which primarily serves a public function, will be characterized by a restrained, classical Arabic architecture, such as the richly adorned bay windows on the first floor. The new consulate has been designed on the basis of an existing rectangular building, which was stripped all the way back to the concrete skeleton. Visitors enter the building via a patio, which is dominated by elements from Arabian architecture. The facade will be clad in the limestone as is used in Villa De Kempenaer, while the plinth, the casings and the elegant bay windows will be realized in white steel.
A new glass corridor will connect both buildings.