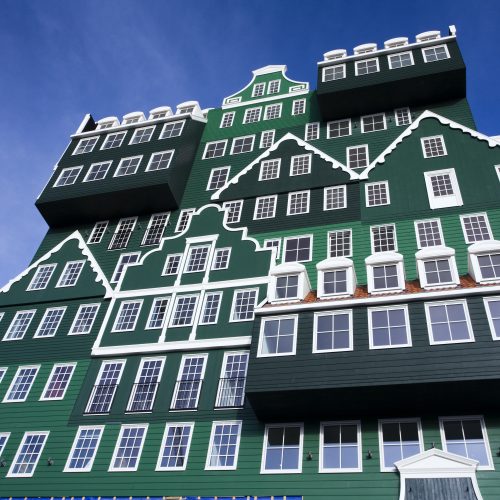 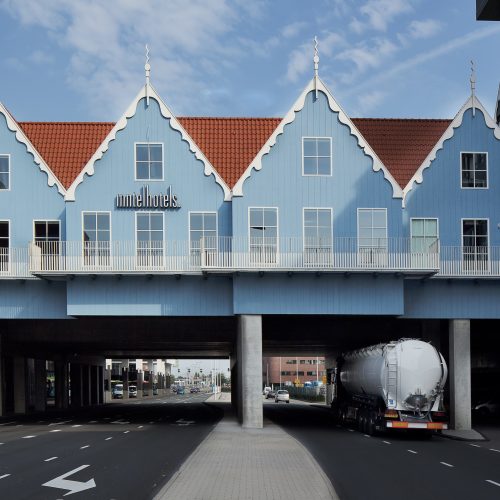 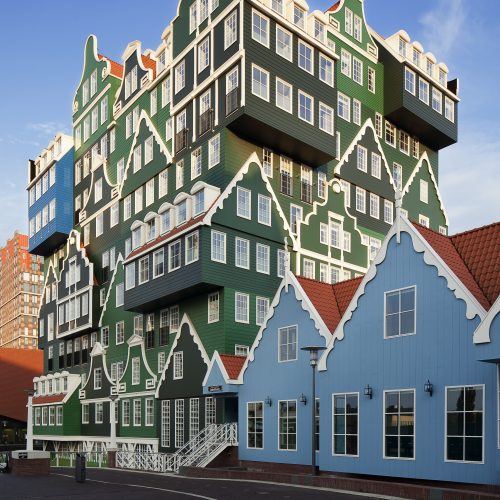 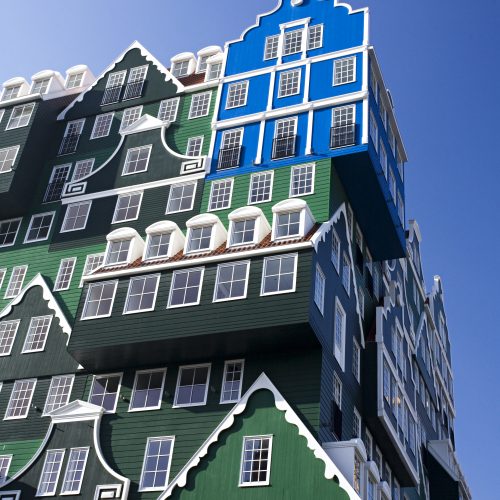 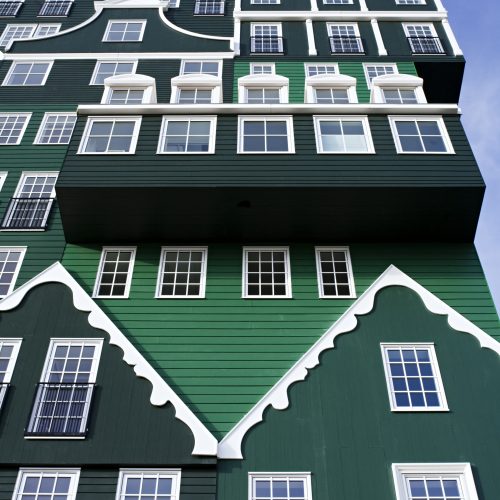 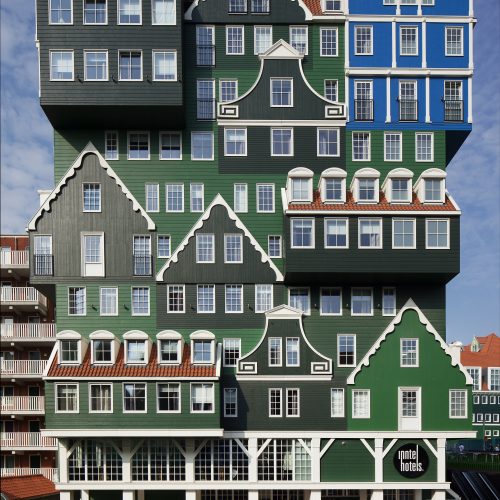 The hotel is the new centre’s eye-catcher. The building contains 160 rooms and a conference complex constructed on a viaduct. The colosal, twelve-storey-high hotel tower, essentially square in plan, is a monumental stacking and interpretation of various green-painted house types typical of the Zaan region, ranging from a stately notary’s dwelling to worker’s cottages. ‘The Blue House’, inspired by the work Claude Monet painted at Zaandam in 1871, is the ultimate attention-grabber. The overall result is striking and caught attention worldwide. The varied fenestration, broad protruding sections and bay windows, and decorative white ridge-pieces lend depth and an expressive relief to the façade.