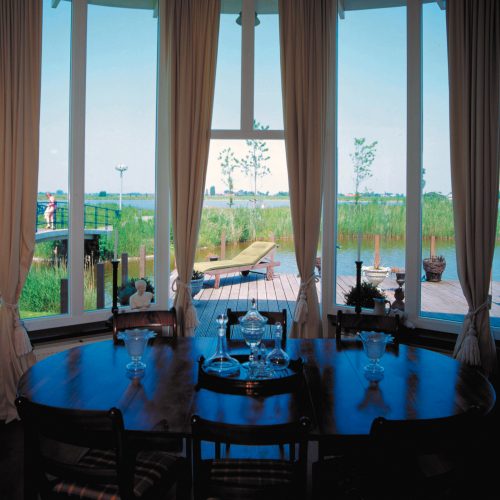 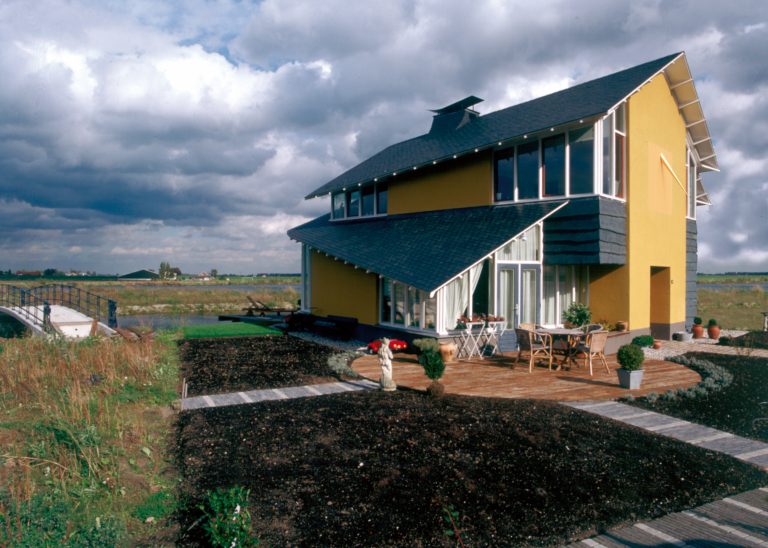 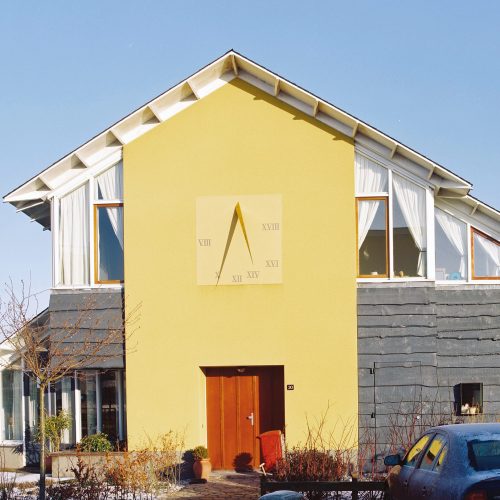 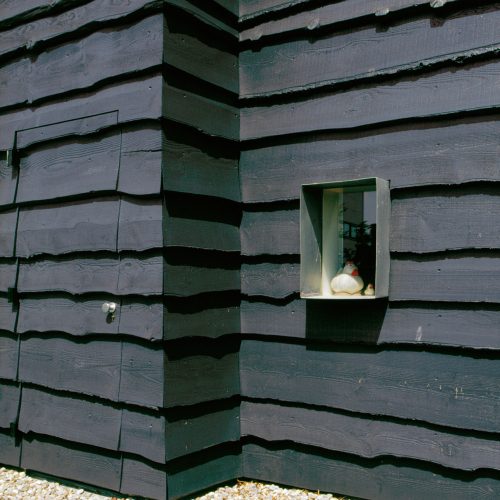 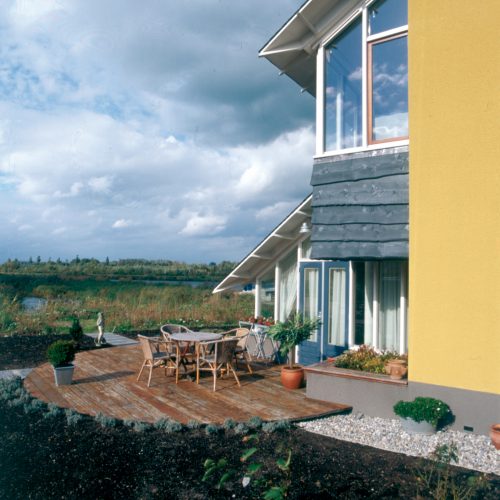 The house Van Tongeren has got the atmosphere that the clients were looking for: that of a stately and pleasant country house. The house, which has unobstructed views on two sides, is situated so that it has three different types of outdoor spaces: a south-facing terrace on the street side, a garden on the west and a large terrace on the north side of the water.

The three different views have been incorporated into the interior. The round bay on the north-west side offers a panoramic view of the islands and the lake. Striking is the multiform roof that dominates the façade. The facade is a top facade over the full height, which gives the house a distinguished and stately character. Unplaned parts of black wood emphasize the rural character of the house. A gilded sundial is placed in the middle of the facade as a jewel. With this house the dream of the couple Van Tongeren has become reality.