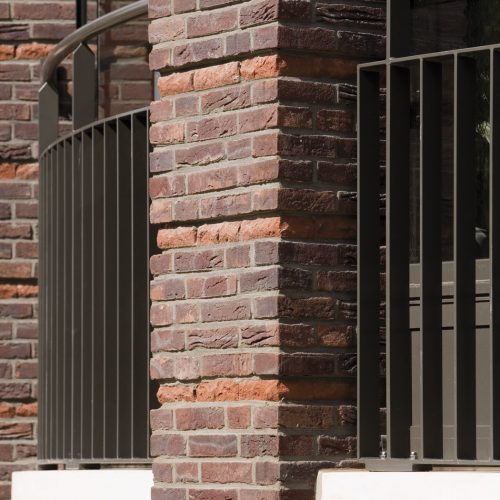 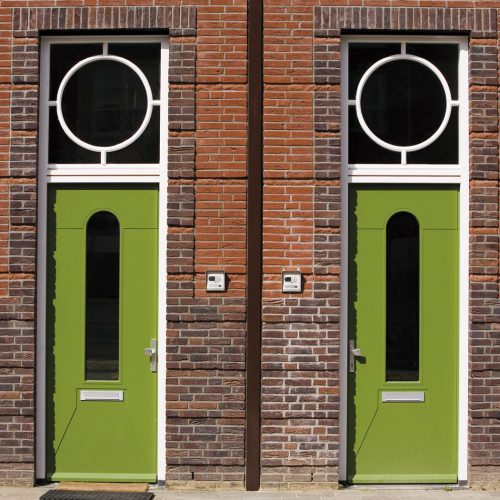 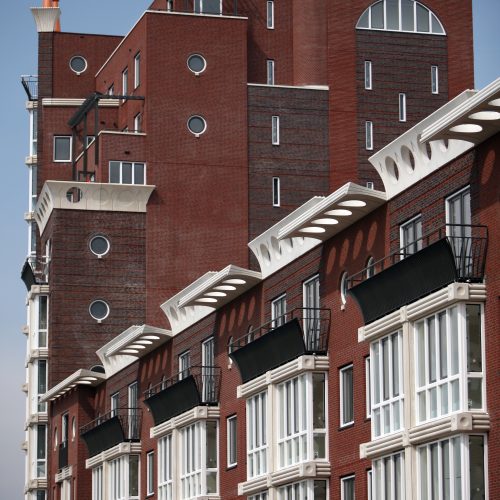 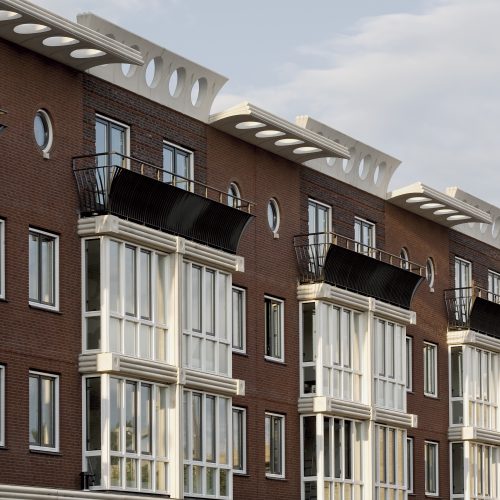 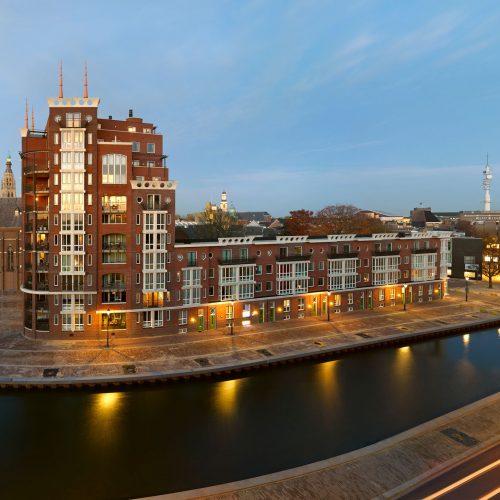 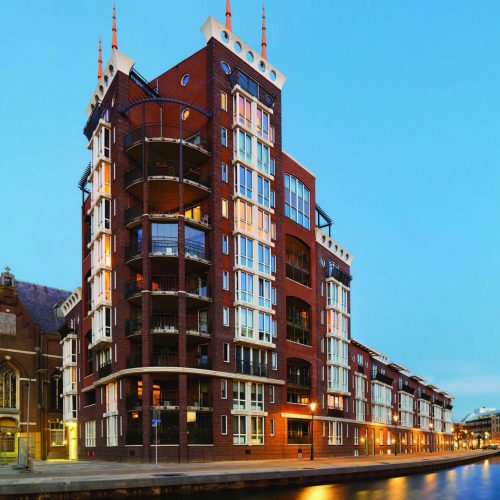 The design of 22 owner-occupied city apartments, 11 townhouses and an underground car park for the residents of the building on the Markendaalseweg. The buildings are situated on the side of the canal closest to the centre, following the city’s medieval perimeter. The canal follows the former course of the River Mark. There is a pedestrian zone and a cycle route between the canal and the residential block. The area’s urban layout was developed under the supervision of  Architectuurcentrale Thijs Asselbergs.

The complex consists of an L-shaped block: alongside the canal there is a low-rise section with four-storey canalside houses that is flanked by an eleven-storey residential tower and a narrow four-storey section, which terminates the complex and simultaneously smoothes the transition from the tower to the chapel.
The apartments in the residential tower have a diversity of floor plans, crowned by spacious penthouses that enjoy a majestic view of Breda’s historical centre.
The complex’s ground floor is delineated by a plinth of hewn stone and a continuous concrete band, visually conjoining the tower and the low-rise. The townhouses have a stately appearance without looking severe, thanks to the rhythm of generously proportioned, vertical design of the loggias and fenestration, recessed balconies, and the monumental, decorative concrete cornice. The tower is also distinctive for its rich formal expression. Its height is accentuated by a markedly vertical articulation of towering loggias, vertical fenestration, variation in the texture and colour of the façade components, and by the stepped tower with pinnacles.