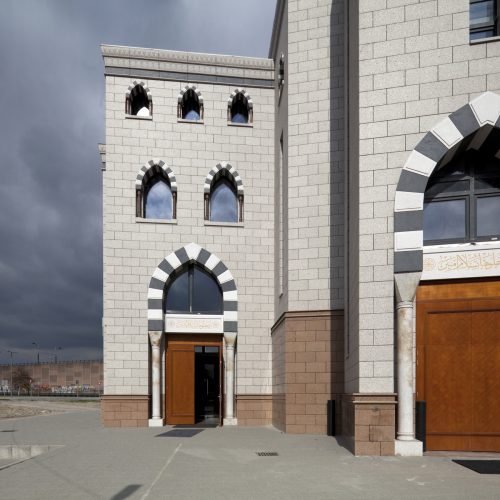 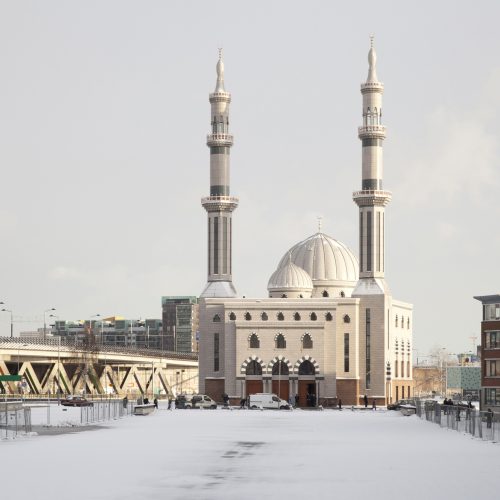 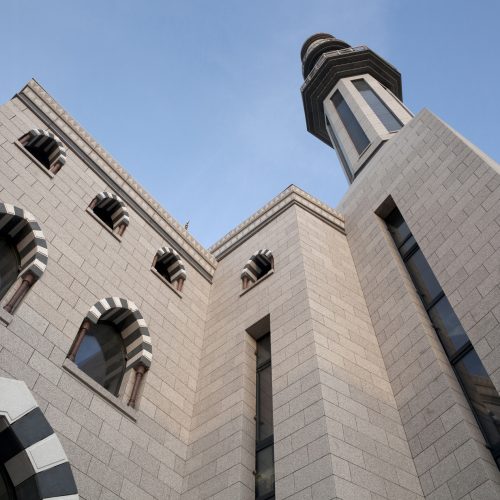 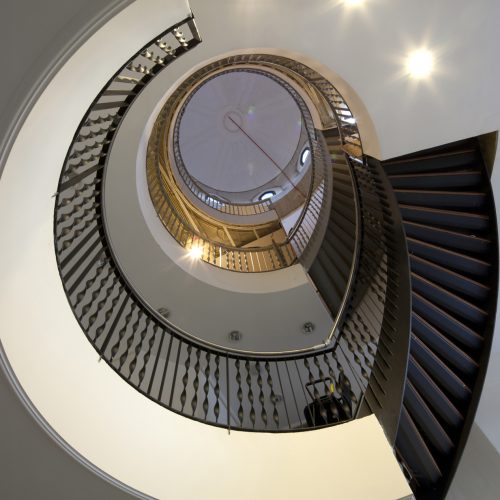 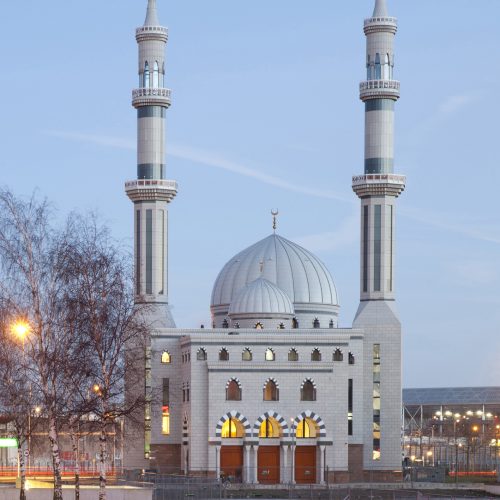 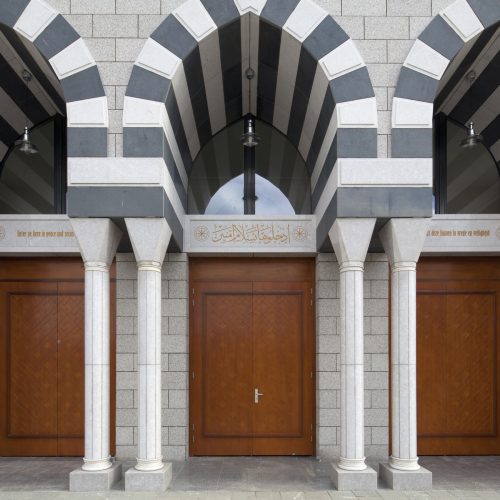 The brief for the Essalam Mosque comprises a prayer hall for 1,500 people and various multifunctional spaces for administration, education, cultural events and social activities.
The Essalam Mosque is situated overlooking the Varkenoordse Park, more or less on the Laan op Zuid axis. The southwest side of the building is adjacent to the multicultural neighbourhood of Feijenoord.

The building is composed of three stacked, interlocking spaces: the prominent entrance portal on the west side, the main space in the middle and the semicircular mihrab (a niche which indicates the direction of Mecca) on the southeast side. The three spaces are crowned with domes. Because the site available was 800 m2 and the programme of requirements amounted to 2,600 m2, it was decided to organise the building vertically. The mosque therefore counts four levels. The ground floor has a non-religious function and includes washrooms for men, a shop, a kitchen and rooms for communal activities. The prayer halls for men are situated in the central square space extending over the first and second floors with an internal balcony; on the third floor there are prayer halls for women. A library, the imam’s chamber, offices, classrooms and a guest room are also accommodated on these levels.
The prayer halls are interconnected by a central well and natural light enters via the large, 25-metre-high central dome, which is supported on four columns. The two minarets are 50 metres high.
The Essalam Mosque is in style based on the tradition of the 15th-century Mammeluke architecture found in Cairo.
The building is clad with slabs of coloured natural stone and has accents in contrasting bluish grey stone.