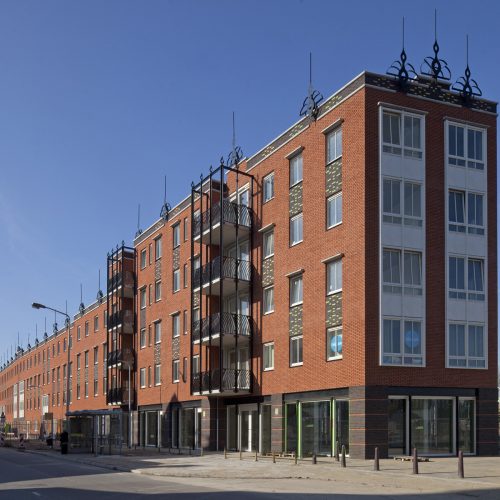 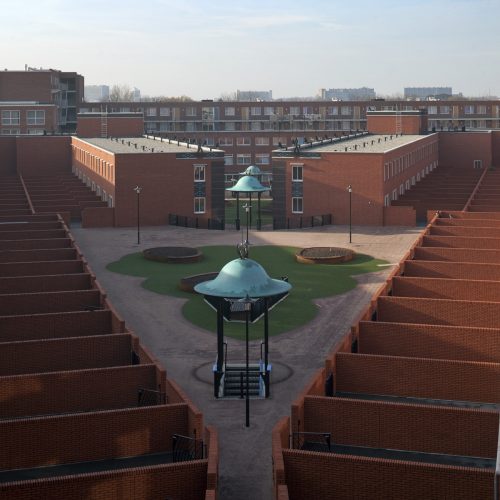 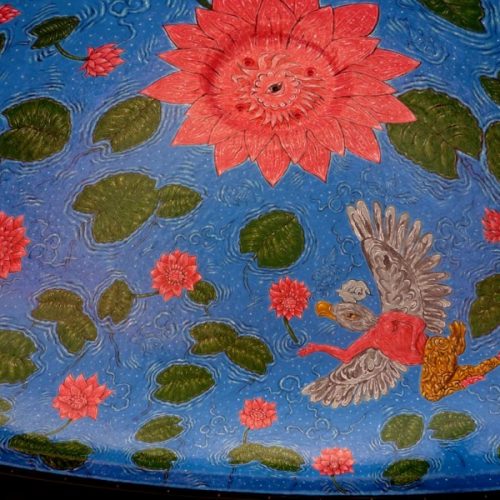 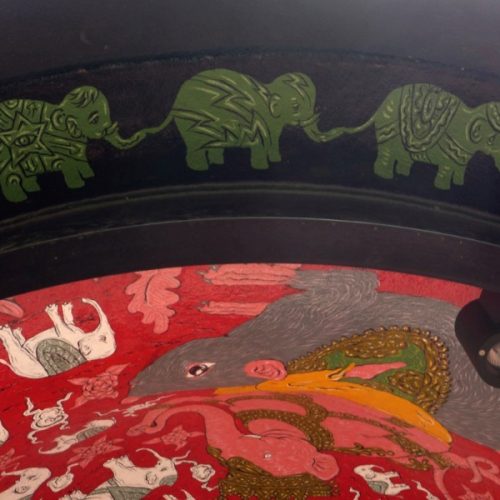 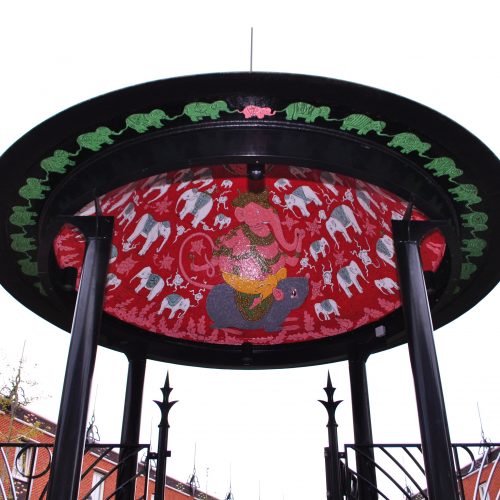 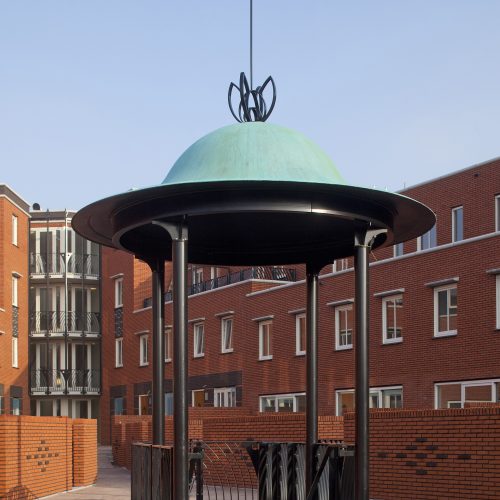 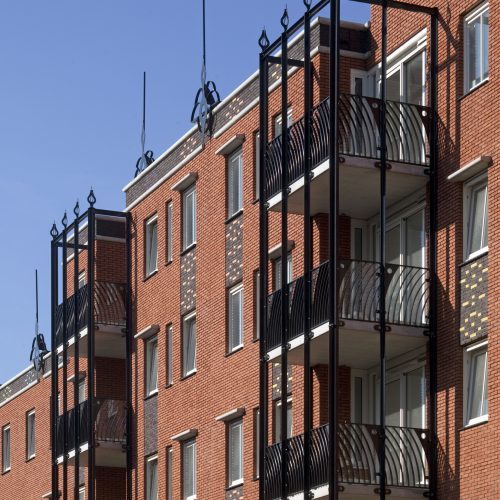 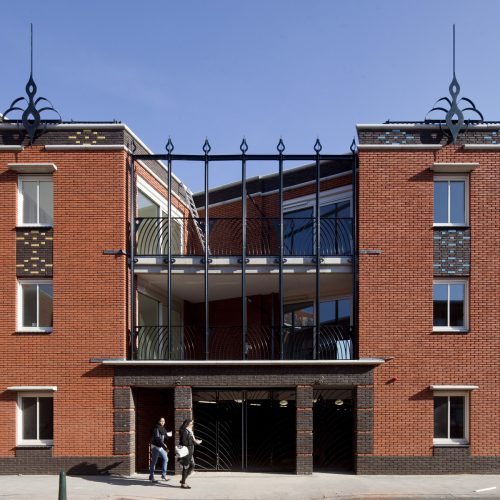 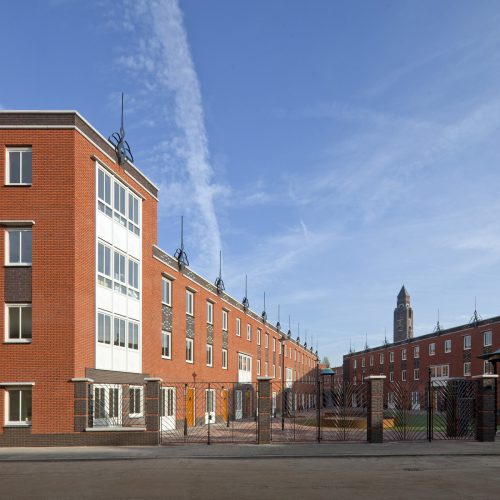 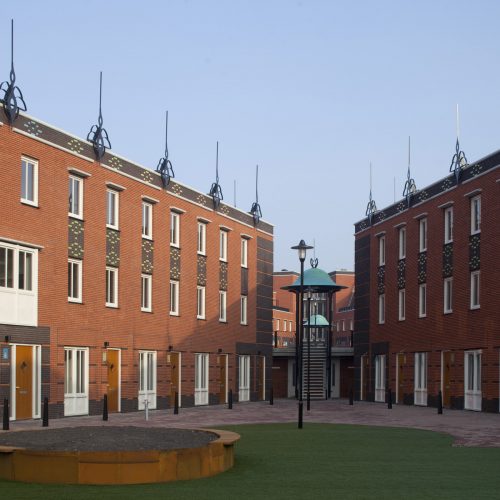 The plan for De Oriënt was designed to fit a triangular ‘insertion’ into the urban structure. The block is hemmed in by a new car-free lane, the Morgenzonlaan, de Graskopstraat and the Kempstraat. Because of its perimeter block typology, this block conforms to the urban structure of the Transvaal neighbourhood.

The plan is composed of 73 single-family dwellings of three or four stories, 16 apartments in the apex and 11 smaller porch-access apartments. There is 650 m2 of commercial space at street level at the block’s apex.
The internal court is comprised of two semi-public courtyards, the largest of which is situated on the first-floor level, as are the terraces of the family dwellings. Below this there is a car park for 150 vehicles.

The architecture is subservient to that of the block as a whole, the façades being particularised in the sight lines from the neighbouring streets.
Due to its form and position in the city, the apex of the block overlooking the square in front of the Juliana Church demands a special elaboration. With an extra floor, the ornamentation of the open spaces and a commercial space on the ground floor, this apex is the plan’s showpiece to the whole of the city.